According to the account published in the “Old Colony Memorial and Plymouth Rock” in 1866, the highlight of the second meeting of the South Marshfield Farmers’ Club, the prelude to the Marshfield Agricultural and Horticultural Society, was the “wonderful teams of oxen.” The town of Hingham sent 60 yokes of oxen, but the team from Marshfield “was the wonder of all beholders” and consisted of 89 yokes of heavy draft oxen forming a line nearly a quarter mile long. Since this time, the Marshfield Fair has been hosting not only oxen pulls but horse and pony pulls as well. Stooped in a long fair history beginning with local farmers in 1866 to what we have today with contestants from all over New England, the oxen, horse and pony pulls are the fair’s must see. 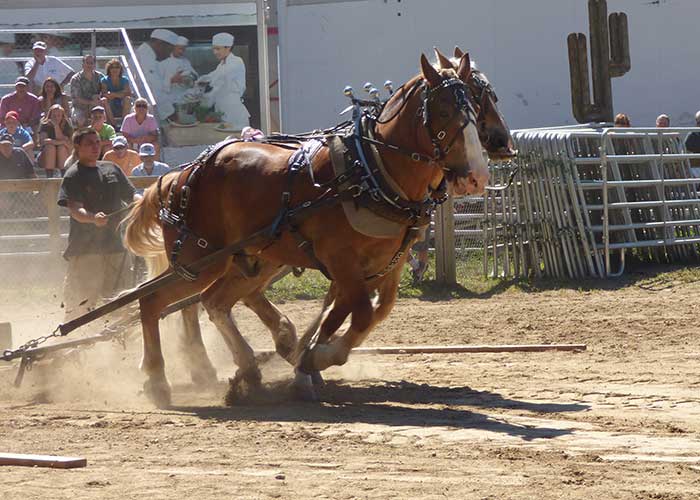 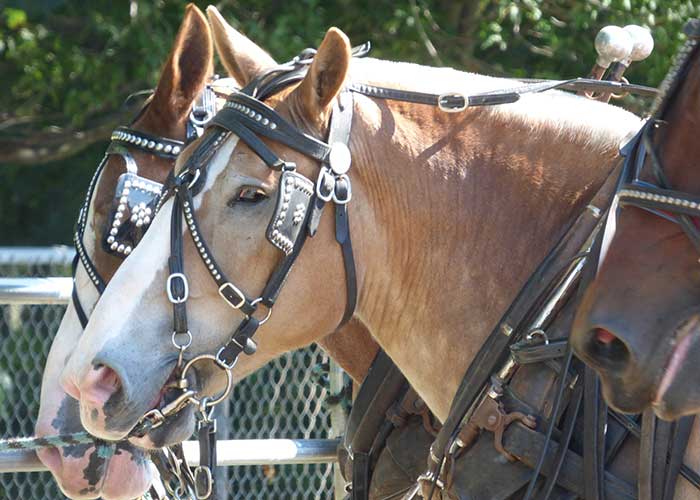 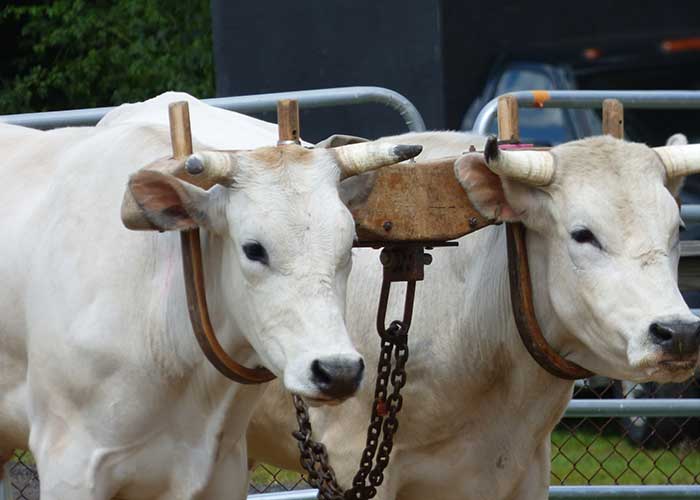 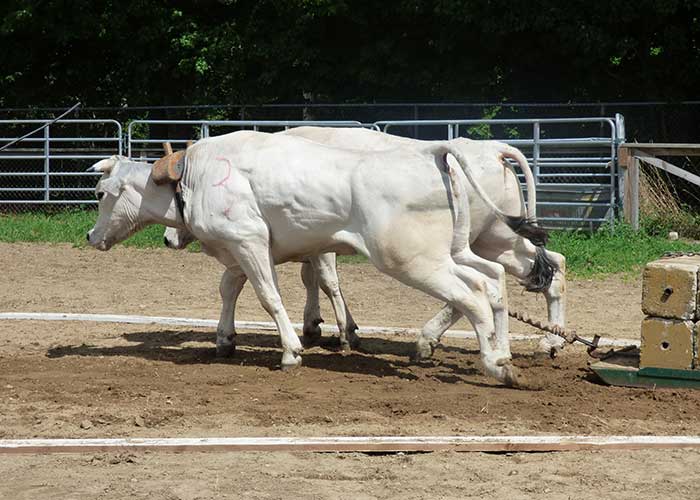